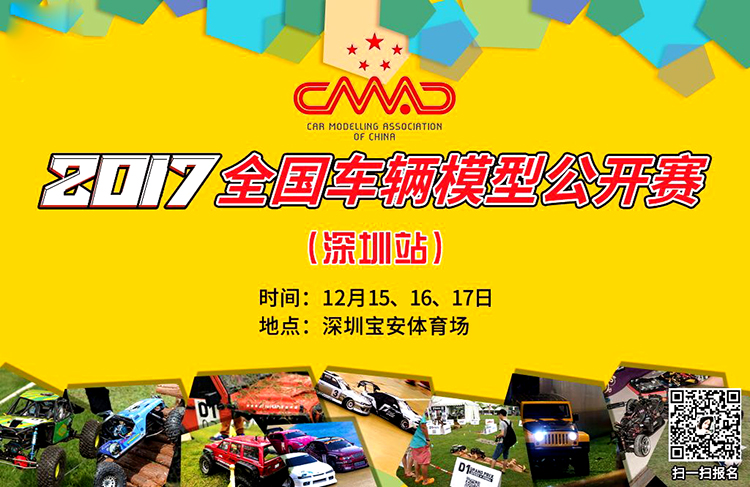 2, performance group and FPV climbing group
(1) The timing criteria for the event
(2) The event is divided into two rounds, each player taking a round of two-round time.
(3) The order of the game will be ranked by the order of registration.
(4) Touch or press to the mark line (rod) once penalty time +5 seconds
(5) Rollover or wheel over the track penalty time +5 seconds
(6) Touch or item and other means to touch any part of the vehicle during the game. Penalty time +5 seconds
(7) When the vehicle is unable to get out of trouble, it can apply to the referee in time to resume the return to the track. Penalty time +10 seconds
(8) Obstacle section requires direct skip or three times failed to force jump over obstacles.
(9) The track is divided into off-road sections (suspension bridge, wire bridge, groove, inclined slope, ladder, hump road, 60 degree slope, rock climbing, gravel) and other obstacles
(10) In the end, the top eight players will be awarded the first time in the competition (if the two scores are the same, the same results will be played in the rematch)

3. Drift group and FPV drift group
A, qualifying scoring standard
(1) Speed. Refers to the speed of the car during the journey, including the cornering, cornering and passing the predetermined position. For example, the car maintains a faster speed throughout the process and can get extra points.
(2) Line. The line refers to whether the car can get as close as possible to the specified drift route during the race. For example, the car can enter the set point at the maximum in each corner, and keep the designed line into the bend and get a high score. If the car is drifting, there is no guarantee that the car body will be placed in the entire track setting line, and the points will be deducted as appropriate.
(3) yaw angle. The yaw angle refers to the angle of the axis of the car itself relative to its direction of travel, and also the time the driver controls this state. The following points are the scoring points:
– Straight road is added to the highest speed in a short time and then swings horizontally to make inertial skidding. The distance and angle of inertial skidding, the longer the side slip distance, the greater the angle.
– Cohesiveness when turning to dynamic side slip when inertia skidding disappears
– Stability when power slides over corners
(4) The scoring standard added at the event site, specific on-site supplementary rules. 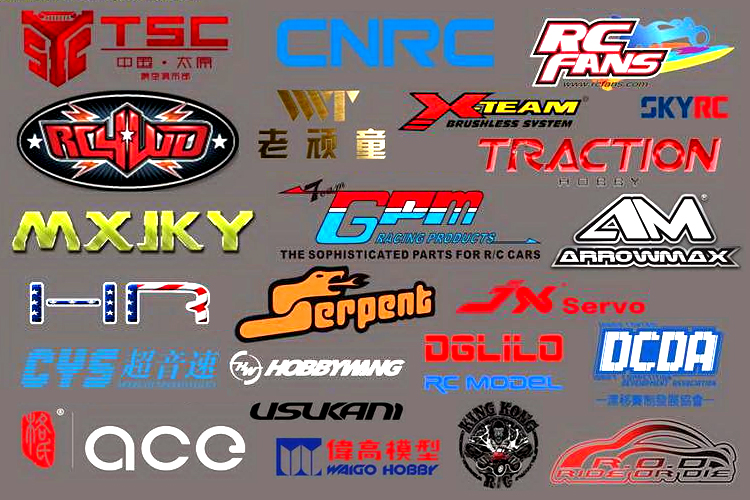 B, final score standard
In the final, two cars were used to start the vehicle at the same time, and the two rounds were interchanged. In addition to the scoring method and reference point of the qualifying, the jury will determine the score according to the speed, route, close angle and imitation similarity of the two drivers; at the same time, overtaking, turning, collision, accident avoidance and driver behavior Will be a reference factor.
(1) Close to the degree of retention. If you can keep a close distance with the float car, you can add points, the score ratio is 40%.
(2) Imitation. If the car with the float can maximize the speed, line and angle of the lead car, add points. If the leader car can show a higher level of speed, line and angle, then add points, the score ratio is 10%.
(3) Overtaking. In order to avoid accidents, or to cause major mistakes in the car, the car has to go beyond the lead car to avoid collision. In this case, the car will be added or even the car will be KO immediately. In addition, the jury does not support any other purpose and intention of overtaking, with a score ratio of 10%.
(4) Spinning. In the two-vehicle drifting competition, whether it is a float or a car, it is a major mistake. During the half-turning and drifting process, drifting pauses, that is, no drift in the bend will be deducted, and the score ratio is 30%.
(5) Accident avoidance. If there is a mistake in the lead car, the car will take measures to avoid collision or give up drifting. The score of the lead car will be reduced, and the score ratio is 20%.
(6) Collision. The jury can reduce the points for drivers who cause serious collisions. It is extremely lightly rubbed against the float car and does not cause the change of the posture of the leading car. It is considered to exert pressure on the floater on the floater, and the score is 15%.
(7) Violation of sports ethics. Drivers will face penalties if they gain an advantage because of unethical behavior. Whether due to intentional behavior, or because of an accident or any event that can lead to unfair outcomes, the score ratio is 20%.
(8) The scoring standard added at the event site, specific on-site supplementary rules.
Note: The above score ratios are for reference only.

C, qualifying:
According to the lottery number or the player’s personal number, the single-run qualifying is performed in sequence. Each player has one round of qualifying, three rounds per round, warm-up circle x1score X2, and the sum of the scores of the two score circles. The corresponding ranking is obtained, and the qualifying score is 100 points. The jury members score according to the performance of the contestants in each link, and the accumulative score of the final judge is the score of the contestant. If the scores are the same, they will be re-run to determine the ranking order.

D, PK knockout
According to the order of the qualifying, the head-to-tail matchup is the last in the rankings, the second in the second, and so on. If there are less than four remaining players in the final matchup, the group rounds will be held until the player advances.

4, orienteering group
(1) The competition is held in a park site with mountain rolling conditions, and adopts a professional orientation map that meets the requirements of the Orientation Cross-Country Rules of China Orientation Association.
(2) The competition is held in the form of a points game with a valid time of 120 minutes and a deduction time of 90 minutes. Players spend more than 90 minutes and deduct 10 points per minute; for more than 120 minutes, the results are invalid.
(3) Departure method: Starting at intervals, one person departs every minute.
(4) Competition mode: Players need to hold a smart phone with gps function, and install the track record software as required. After the departure, the player’s remote-controlled off-road vehicle uses the directional map to find the specified checkpoint. In the circle where the off-road vehicle enters the checkpoint as the center within 2 meters, the checkpoint can be checked at the checkpoint to obtain the corresponding points.
(5) Calculation of grades: those with higher scores are ranked first, and those with the same scores are ranked first.
(6) The competition uses a professional directional off-road electronic timing system.
(7) If the vehicle is damaged in the middle, it can be repaired. If the rollover can be righted up, it cannot be directly run. 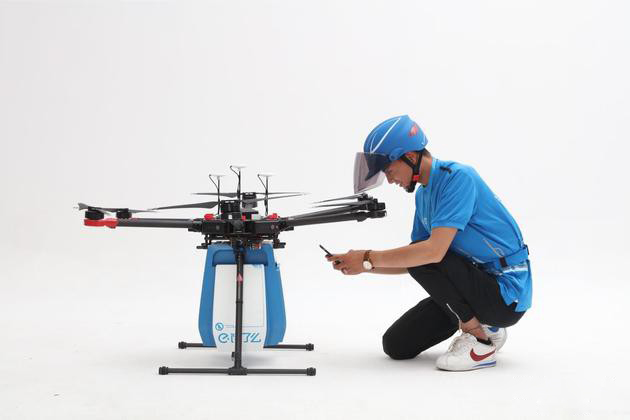 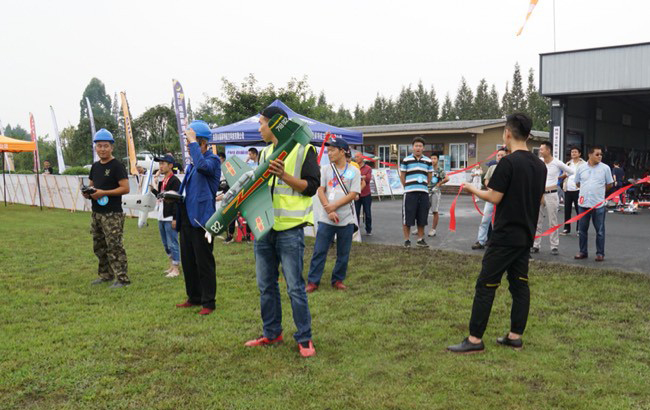 What is a Bushless dc motor？ How can I buy a genuine motor and how to distinguish the quality of the motor? 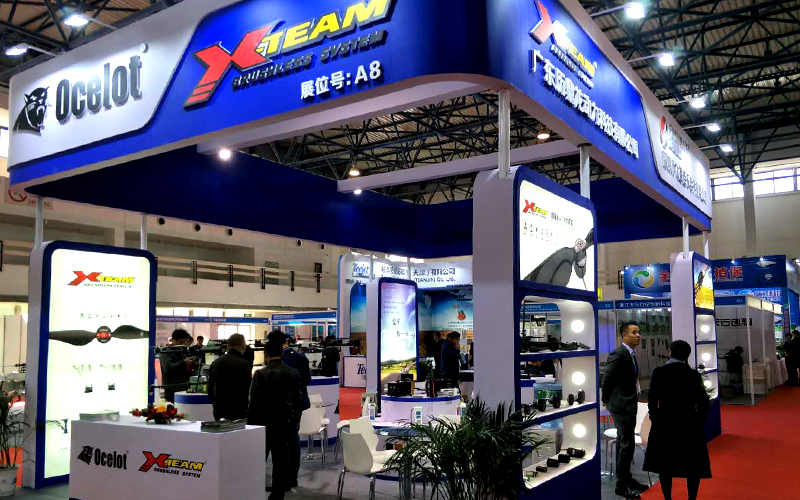